As always, the ‘American Drama Group’ has brought an incredible performance to our school. On Friday the 19th of November, their quite faithful adaptation of the novel ‘Animal Farm’ by George Orwell was presented in a realistic yet entertaining manner notwithstanding its dire contents. The allegory to the Soviet Revolution of 1917 and the resulting dictatorship of Stalin was depicted in an unusual direct and emotionally moving way, which is not how we normally experience especially such terrible historical events.

Aside from the much-welcomed history lesson, the play also allowed us to laugh and enjoy the amusing humour (who could ever forget the hilarious presentation of the cat?). Moreover, the actors, despite the limitation of their small number, found very creative ways to depict the various animals and humans so they could be easily differentiated. The simple, yet astoundingly versatile stage set allowed the audience to see the animal’s farm and the majestic windmill, but still gave them the chance to imagine the setting for themselves in its full glory. The acoustics of the assembly hall worked well with the verbal depiction of the characters, and Napoleon’s powerful exclaim of ‘Revolution’ reverberated throughout the school and could even be felt by the audience. The manner of presentation was further enriched by the actors’ impressive singing as well as their clear pronunciation, which made the piece easily understandable for the students.

After the performance ended, many students expressed their enjoyment. Some were not able to share the fulfilling experience and had some slight criticism, and they may disagree with some of the points brought up here, but in the big picture the theatre was more than just entertaining for most and likely stirred up interest for the source novel among the audience.

As an underlying message for the piece, the American Drama Group also used their opportunity among the young students to raise awareness of the exploitation of farm labour through the phrase: “Food is cheap and so are we.” Even today, many of the agricultural workers of the world are unjustly utilized for excessive profit by big corporations and to provide the industrialized countries with cheap food. This raises the question of how current western societies, reliant on consumerism, could improve the situation for these workers and what the students at our school could do to help.

Finally, there’s nothing left but to be grateful for the American Drama Group’s continued efforts to not just entertain but also to present the school’s students with timeless classics of storytelling, and to look forward to their much-anticipated performance next year. 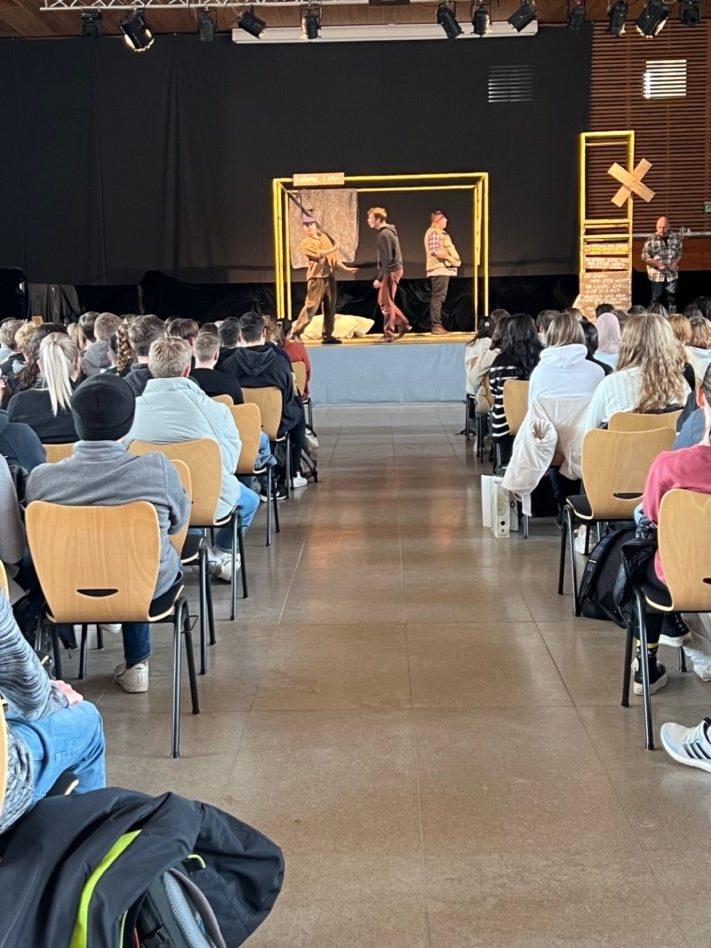